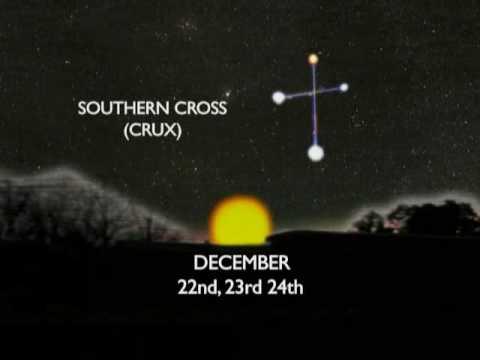 Ever heard the term Zeitgeist?    Zeitgeist is defined as the defining Spirit or Mood of a particular period of history as shown as the ideas and beliefs of the time.  The photo above is a screen shot from the Zeitgeist Movie (see Reference 1) depicting the winter solstice.  So whats so important about the Winter Solstice you may ask?  Well…during the winter solstice (Dec 23, 24, and 25), the sun seems to not rise from the horizon for three days.  During this period, the Sun is also aligned with the constellation known as the southern cross or crux (see reference 2 below).  It is said that the ancients believed this event to be the Sun dying and rising again after three days.   Why does that sound so familiar?  Many non-religious believers believe that all religions can trace back to some type of Sun God or Sun Worship.  Is it not strange that most depictions of holy icons seem to show the holy person with a Sun behind their head.  Or is this just another idea that someone has creatively theorized that really holds no validity?  Thoughts? 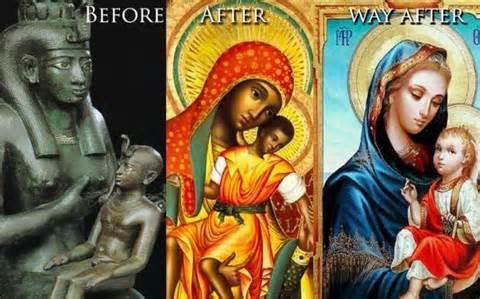 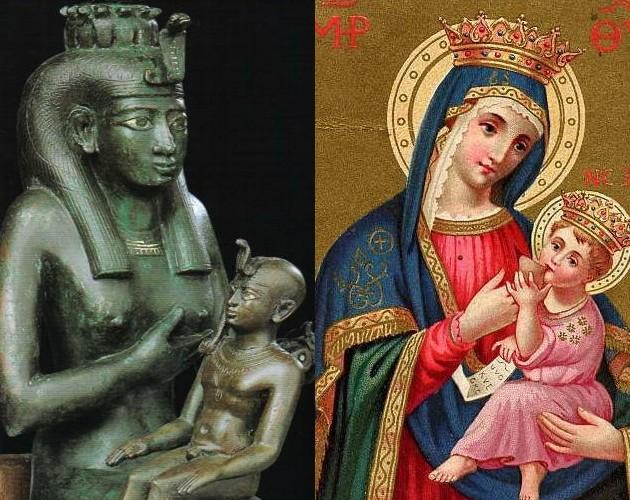